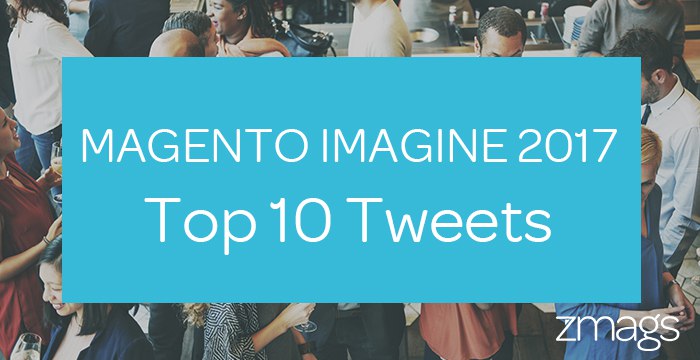 Magento Imagine 2017 has officially come to a close after three jam-packed days of thought leadership presentations, networking sessions, and some fun as well. As always, it was one of the most anticipated and widely attended ecommerce events of the year, with over 2,500 industry experts from over 45 countries coming together. With speakers like Magento CEO Mark Lavelle, Stella & Dot CEO Jessica Herrin, Dormify COO Nicole Gardner, and of course iconic tennis champion Serena Williams, this is a tradeshow people will be talking about for quite a while - it was truly a can't-miss event. But don't worry - if you did happen to miss it, we have you covered.

To get the full Magento Imagine experience (minus the flight to Las Vegas), check out our top 10 tweets from the event:

We're so honored to have @serenawilliams on the #MagentoImagine Stage. Greatest Athlete Ever. @awatpa pic.twitter.com/lsM3N4nZrk

"Growth of the community powers tomorrow" - @mklave1 Can anyone else say better than this? #imagine2017 #Magentoimagine

Omnichannel is not optional! pic.twitter.com/kI2dvXvUGn

Proud of the growth in the Magento economy #Magentoimagine pic.twitter.com/QjQbMiq4Pp

"Technology is the pillar of business growth" ~ @DevlynOptical at #MagentoImagine